Why, as a Sleep Coach, I Would Never Use The DockATot 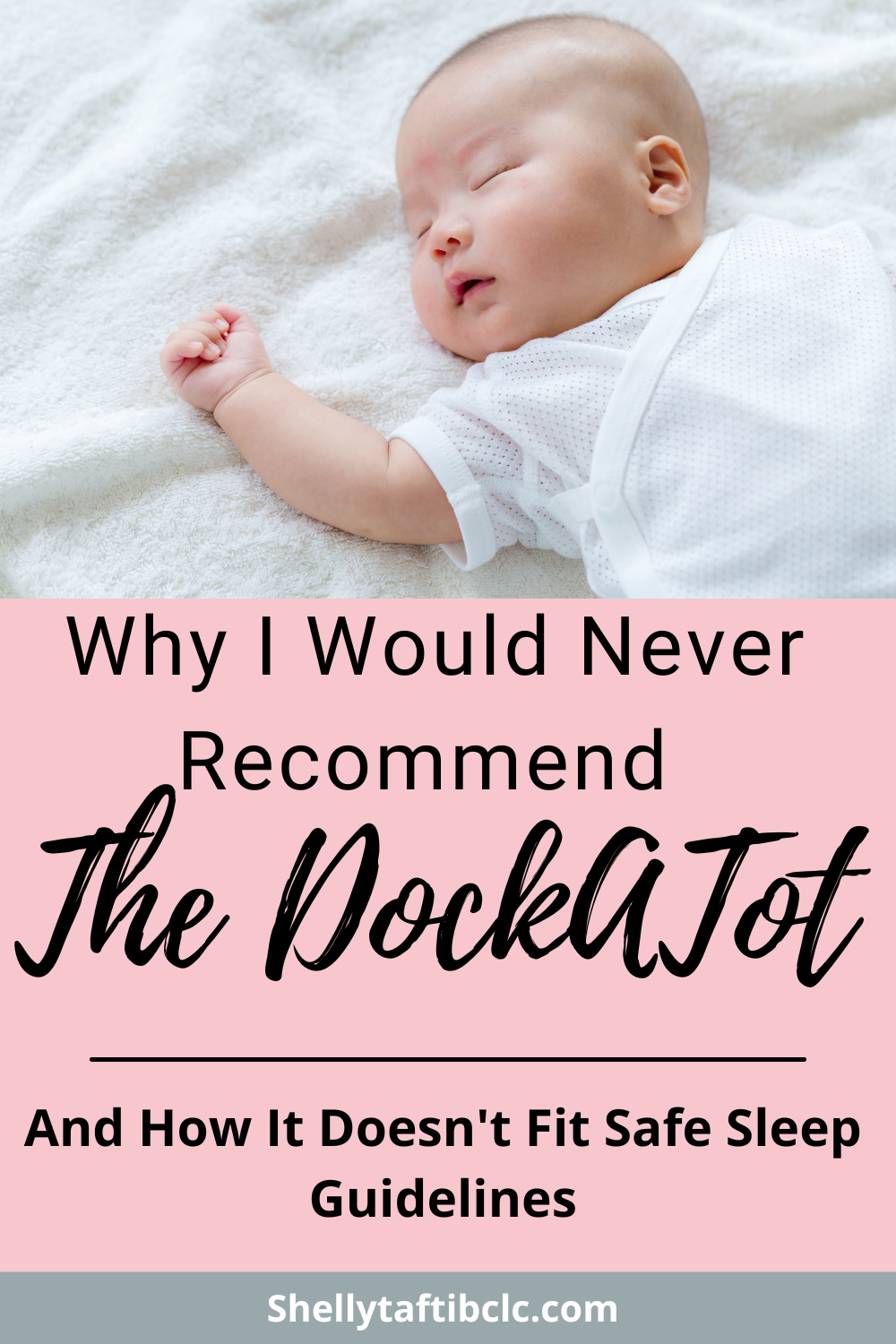 When you have a baby, there are so many decisions to make! Will you breastfeed? Which bottle will you use? Which stroller is the best for your family? How and where to put the baby to sleep?

There are some products that I, as a sleep coach, would not buy, use, or recommend.

One of them is the DockATot.

What is a DockATot?

The DockATot is a popular product that I have found many families in my area are using. The device was originally designed for infant sleep, including for use during co-sleeping/bed sharing. It is now marketed as a “docking station” for babies 0-8 months old and comes in pretty designs and with a hefty price tag, for an infant lounger.

To understand why the DockATot is not considered safe for sleep, let’s take a look at the current safe-sleep guidelines:

According to the American Academy of Pediatrics, the sleeping surface for your baby should:

Why the DockATot doesn’t fit these safe-sleep guidelines

This is mostly due to the soft structure of the dock itself. The dock is very soft and has a built-in bumper made of the same soft material. Because it’s not a firm surface to sleep on and due to its soft bumpers, the risk of suffocation for babies is higher when babies are sleeping in the dock.

The U.S. Consumer Product Safety Commission (CPSC) also states that an infant sleep surface should be on a stand and have a side height of at least 7.5 inches, neither of which the DockATot meets.

History of the DockATot and Safe Sleep Guidelines

The company has even placed labels on their products specifically warning parents that the docks are not intending for sleep at all. However, many parents were not aware of the change in guidelines and babies continued to sleep in the docks, unfortunately leading to infant deaths.

The CPSC actually notified DockATot that they should stop manufacturing their docks back in June 2022, due to the products inability to meet the new safe-sleep guidelines, but the company continued to manufacture the docks and sell them in the U.S.

The company’s continued manufacturing of the docks resulted in the CPSC issuing a violation against the DockATot company for continuing to manufacture and sell the product in the U.S. despite their company receiving notification that their product did not meet the safe-sleep guidelines.

There has also been requests to recall the product from the U.S. market entirely.

Since the CPSC violation was delivered to the company, the founder issued a statement in November 2022, on the company’s website, saying the company planned to pivot sales of their product away from the U.S. and instead introduce a new line of sleep products in January of 2023 that will fit current safe-sleep guidelines.

Alternatives to the DockATot

So what can you put your baby in for safe sleep?

Here is a short list of general baby products that you can use instead of the DockaTot:

According to the CPSC, these are the only five types of infant sleep products that are required to meet safety standards before they can be sold on the market.

Remember, if you ever have any questions around safe sleep for your baby, ask your pediatrician.